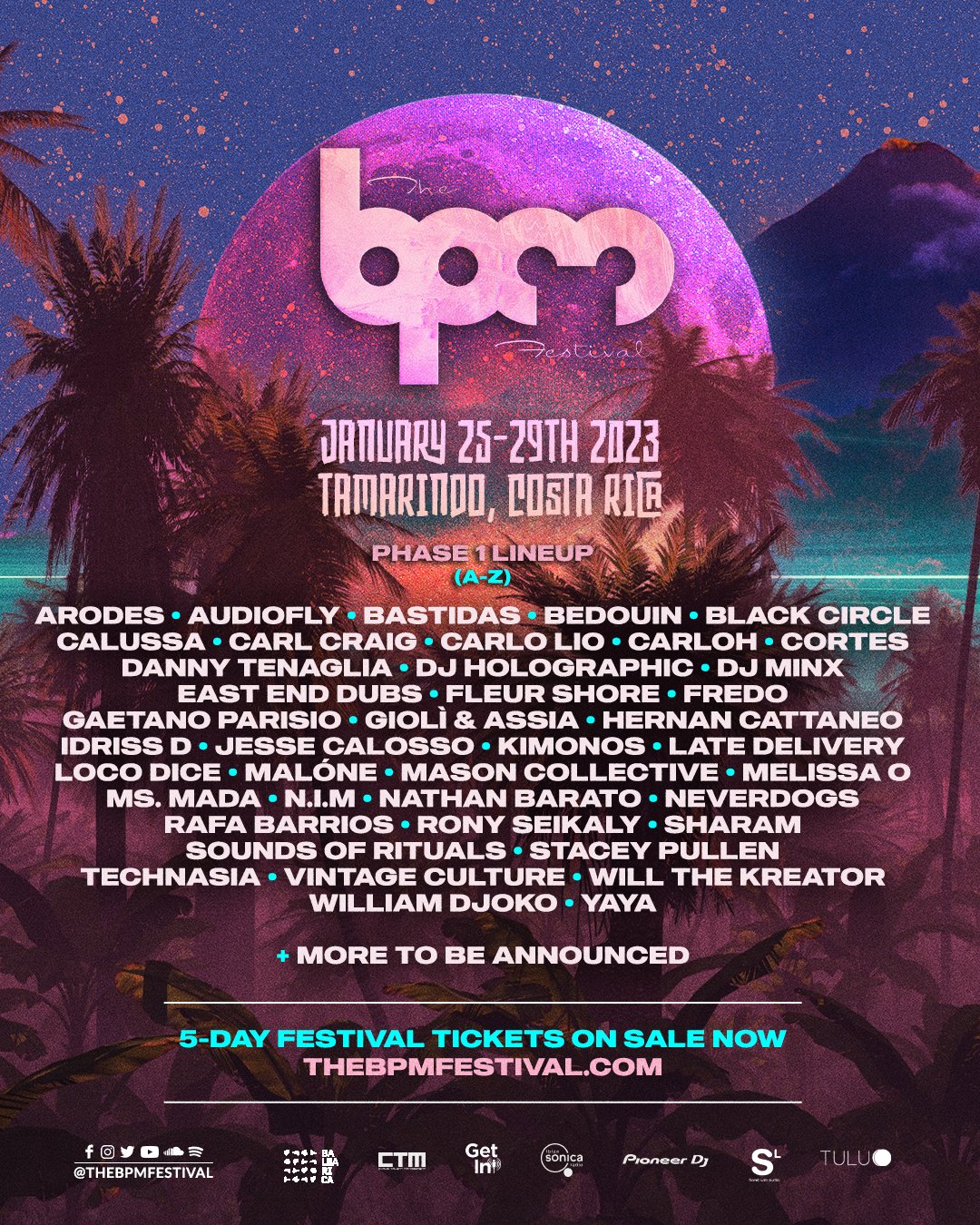 Following a two-year hiatus, Costa Rica’s premier electronic music festival The BPM Festival: Costa Rica will make its long-awaited return to the coast of Tamarindo for its sophomore edition. Taking place from January 25th to 29th, 2023, the five-day celebration will showcase a wide range of sets and performances from its extensive lineup of house and techno champions. Phase 1 reflects some of the best talent currently leading the global underground dance music spaces, including Audiofly, Bedouin, Carl Craig, Danny Tenaglia, Gioli & Assia, Hernán Cattaneo, Loco Dice, Rafa Barrios, Sharam, Stacey Pullen, Technasia, Vintage Culture, and many more. Marking its first edition since 2020, The BPM Festival 2023 is pulling out all the stops to ensure they deliver an unforgettable post-pandemic experience. 5-day festival passes are available for purchase now.

Despite the inadvertent cancellation of The BPM Festival in 2022, the BPM team has worked tirelessly to take their renowned event concept to new horizons and expand their BPM familia. In March, The BPM Festival landed in Miami for the debut of their Miami Music Week offshoot. The two-day open-air experience boasted thrilling performances from 30+ artists, including Art Department, John Digweed, Victor Calderone, Jesse Calosso, Neverdogs, Deep Dish (Dubfire + Sharam), and more. The brand also expanded into Toronto for the first-ever special Toronto International Film Festival (TIFF) edition of BPM Canada in September, which took over some of the city’s most prestigious electronic music venues and hosted the likes of Carlo Lio, Dubfire, Maher Daniel, Nathan Barato, and Sydney Blu, amongst others.

The BPM Festival has partnered with TULU Travel, offering 4 and 7-night full-service accommodation packages at several hotels situated within the heart of Tamarindo. Sold separately from festival passes, travelers can choose between the iconic Hotel Diria, the adults-only Jardin Del Eden,  the chic Wyndham, and the Cala Luna; one of the only hotels in Guanacaste that remains green throughout the year. Ranging from $680 to $1655 per person, select packages include roundtrip airport transfers, daily breakfast buffets, yoga classes, and more. Located just steps away from breathtaking white sand beaches and within walking distance of several bars, restaurants, shops, and more, limited packages remain available for reservation at bpmtulu.com.

For those looking to attend the sophomore edition of the renowned BPM Festival: Costa Rica, 5-day passes are available for purchase now via bit.ly/TBPMFCRTIX 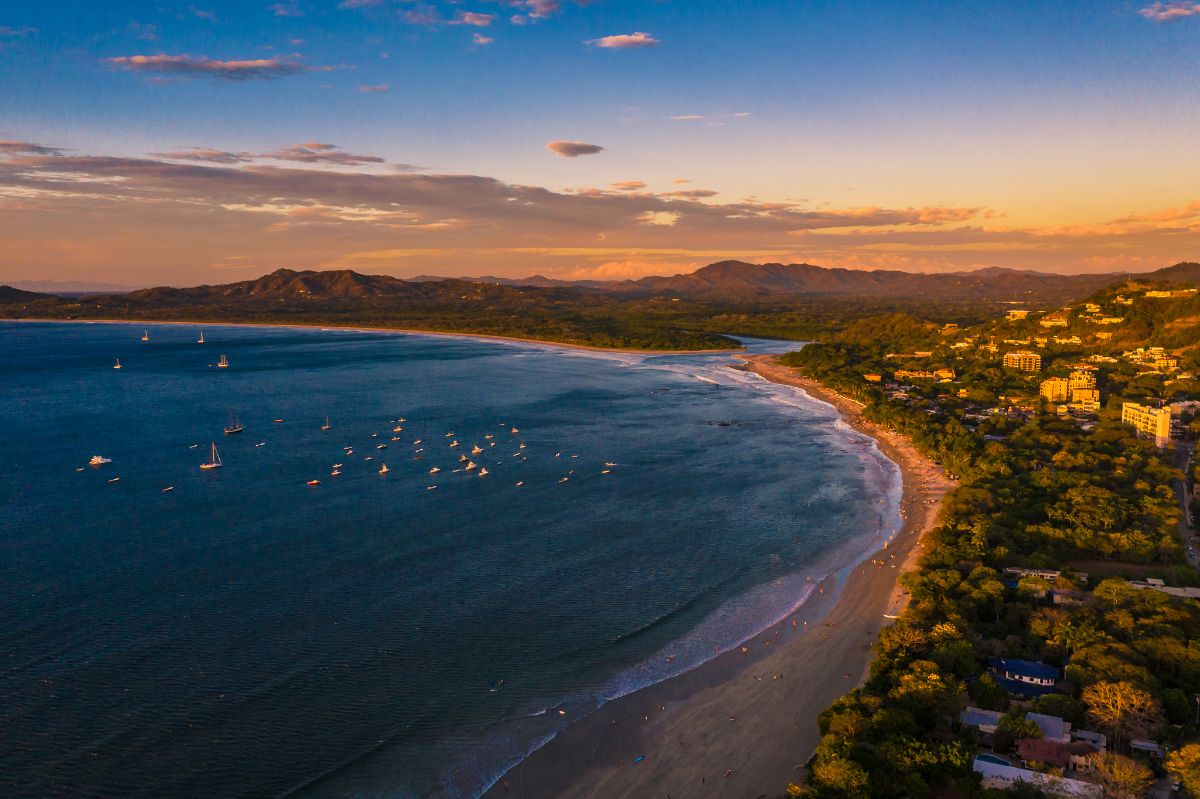 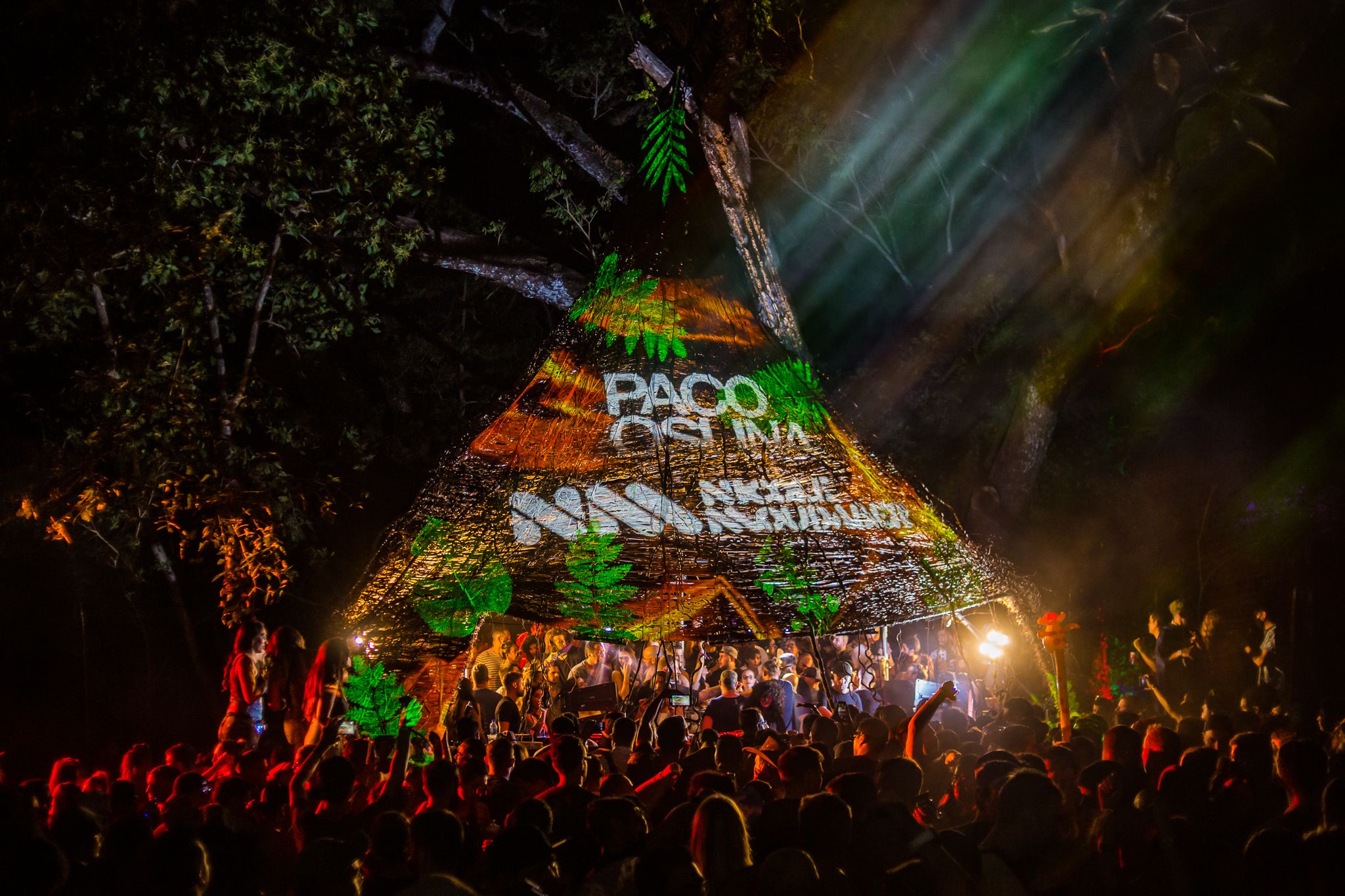 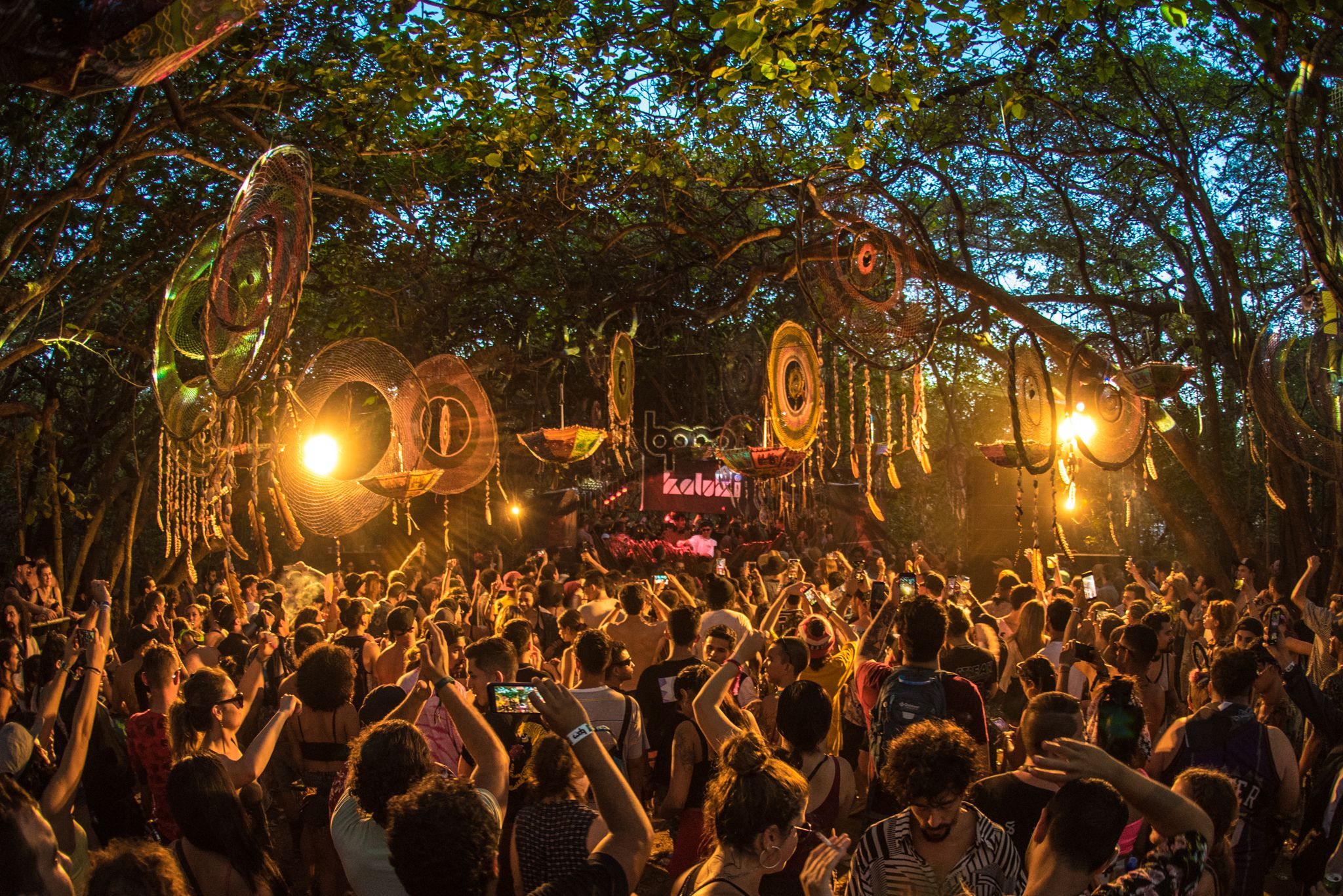 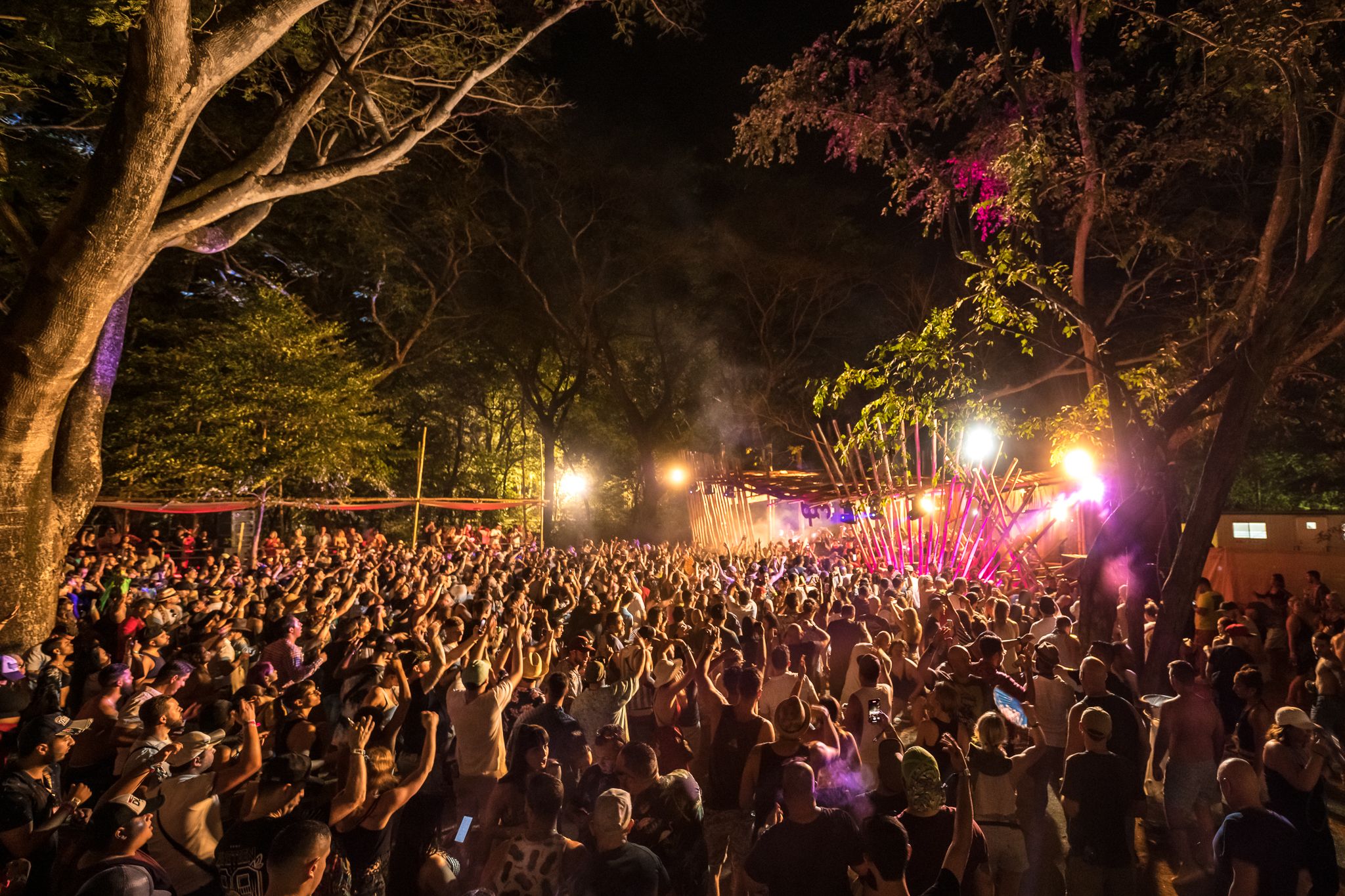 ABOUT TAMARINDO -- Known for its lush ecotourism, the surf town of Tamarindo is the prime location for exploring Costa Rica’s abundant nature, exemplified by its many national parks, beaches, and jungles. The tropical beachfront landscape will provide the perfect backdrop to the latest chapter in The BPM Festival’s story, and serve as a continuation of their knack for blending world-class talent with picture-perfect locations. With tourism now open and thriving, Costa Rica is warmly welcoming international tourists.

ABOUT THE BPM FESTIVAL -- Over the years, BPM has made a commitment to host the best in techno and house, boasting editions in picturesque locales such as Mexico, Portugal, and Tel Aviv, as well as satellite events in Bali, Brazil, Dubai, Ibiza, Miami, Toronto, and more. Originally a post-New Year’s Eve industry gathering for bartenders, promoters, and musicians in 2008, The BPM Festival has grown to be a staple on the global festival calendar and will finally celebrate its sophomore event at its newest flagship location, Tamarindo. The brand will continue the festivities with its international die-hard fans and first-timers alike throughout the course of 2023 with new editions in various soon-to-be-announced locations worldwide.

Owner and CEO at qbtrance